Claim Chronicles of the Mishap Family – The Accident Abroad 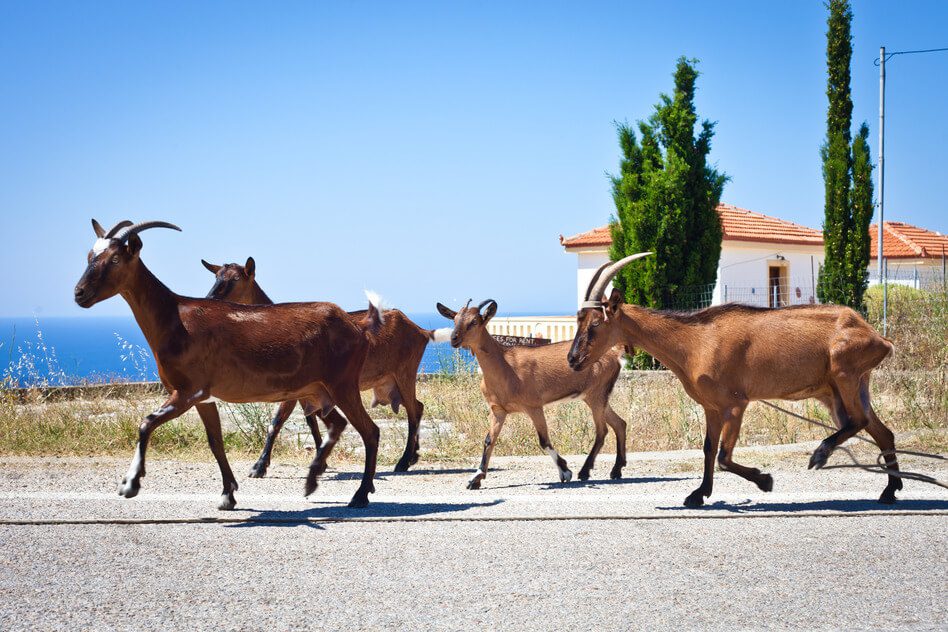 Peril Polly Mishap absolutely couldn’t wait for the European getaway she had planned with her best friend from college, Mary Mooney, and her family. Polly was looking forward to getting away from all of the unfortunate predicaments of the past few months that seemed to follow her family around.

The Mooneys were happy to have Polly tag along so their daughter would have a friend her own age to explore with. Mary was also excited to escape – the semester had been a tough one. There had been plenty of trials and tribulations lately, but she was happy to have a friend in Polly, who seemed to always be around when things went awry.

The girls were going to kick the New Year off right! They boarded the plane full of hope and holiday spirit.

But the optimism was short-lived as 2016 started off much the same as 2015 ended: with a mishap! While taking a scenic drive through the Tuscan countryside, Mr. Mooney lost control of the rental car when he swerved to avoid hitting a herd of goats crossing the road. The car careened into a vineyard, sending grapes flying everywhere. Thankfully no one was hurt, but the car sustained substantial damage, not the least of which were purple stains all over the seats.

When Mr. Mooney rented the car, he declined to take any insurance coverage. They weren’t planning to drive around too much and he considered himself to be a very safe driver. He was also a bit of a penny-pincher and couldn’t justify the expense of the coverage. The Mooneys lived and worked in the city where there was little need to own a vehicle, so they didn’t have a personal auto insurance policy. In light of this, he should have opted for the insurance coverage while renting the car, but he wasn’t thinking about this aspect while on vacation and, unfortunately, no one at the rental office brought it up. Or maybe they did; Mr. Mooney’s Italian wasn’t so strong!

Linda Mooney, always a bit put off by her husband’s scrimping, didn’t miss the opportunity to scold him.

“Aren’t you glad you saved money on the rental insurance, Charles?” Linda snickered. He had to agree that his wife was right.

The remainder of the trip passed with no other incidents, but the accident cast a shadow that wasn’t easily lifted. Mr. Mooney worried about the ultimate cost of the accident and he dreaded returning home to see what charges hit his credit card bill.

Cathy and Larry Mishap wanted to hear all about Polly’s trip when she got home and they weren’t at all surprised something had gone wrong. After all, that’s how things usually went for their family.

Cathy reached out to Mrs. Mooney to suggest she call their mutual insurance adviser, Annabelle Agent. Even though the Mooneys didn’t have auto insurance, perhaps there was something that could be done. Annabelle had gotten the Mishaps out of so many pickles in the past; maybe she could work her magic here, too.

Linda Mooney placed a call to the agent, who was able to save the day. When the Mooneys purchased an insurance policy to cover their penthouse apartment, they made sure it came with a high liability limit, well over $1,000,000. They smartly wanted to protect their assets in case of a lawsuit, and they just couldn’t have imagined a rental car careening through a Tuscan vineyard would be their lawsuit! Luckily, the policy included coverage for damage to vehicles rented abroad, a fairly common benefit with most high-end insurance carriers.

In the end, the Mooneys had the appropriate coverage for both the rental car and the damage to the vineyard.

Ms. Agent was familiar with people who tried to save on premiums and understood that being penny-wise and pound foolish about insurance coverage could ultimately come back to bite her clients. That’s why she strongly counseled them to consider the larger picture and recommended the necessary coverage to protect their assets.

While Mr. Mooney failed to heed his agent’s advice about the car rental insurance (always take the coverage when abroad!), he chose a quality homeowners insurer with the high limit, even though there were cheaper options.

Annabelle Agent had another satisfied customer!