Claim Chronicles of the Mishap Family – The Burglary 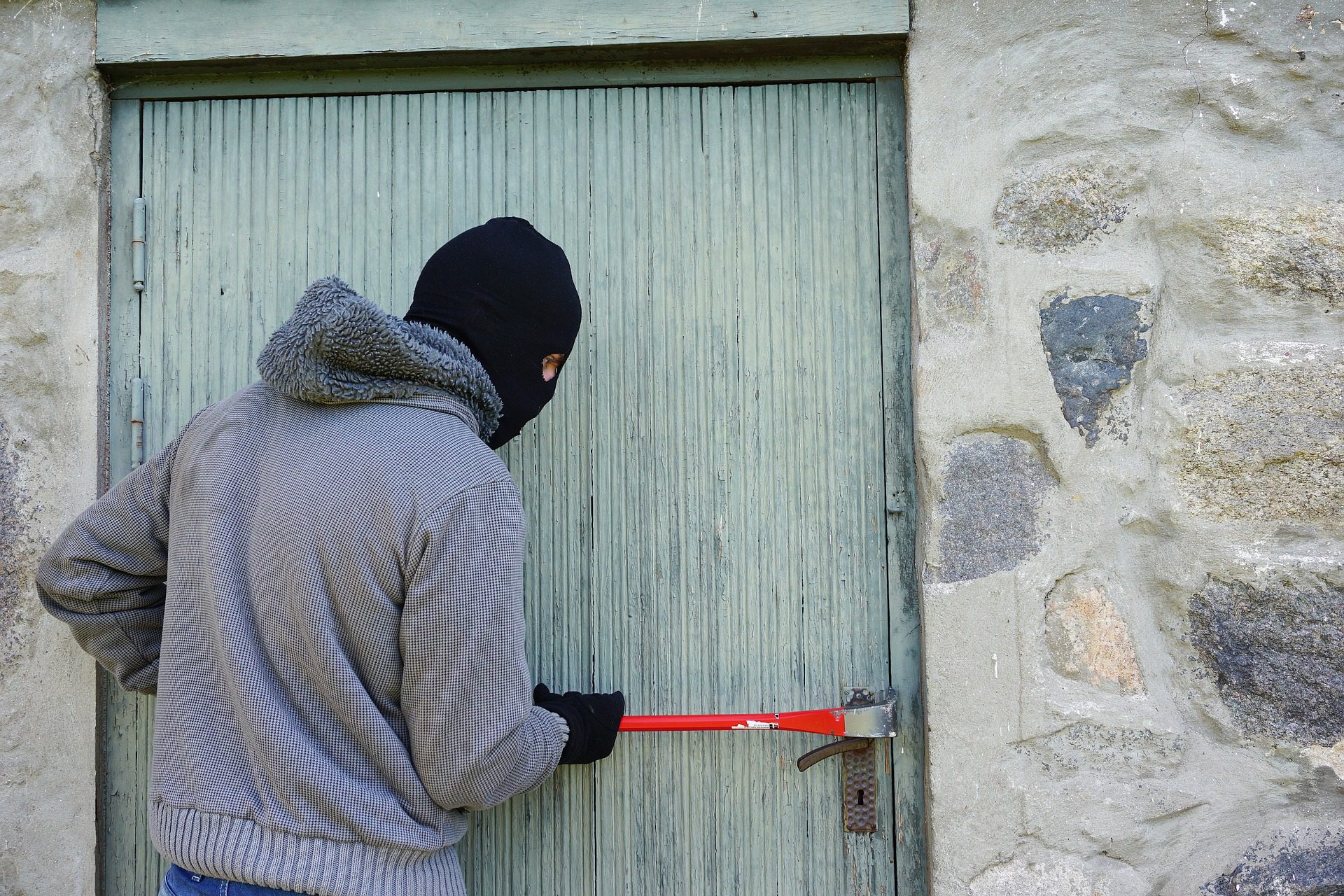 Meet the Mishaps: Liability Larry and Catastrophe Cathy are married with two kids, Deductible Dudley and Peril Polly, and a dog, Risk. As their name implies, they are often faced with very unfortunate circumstances. What’s worse, everyone around them seems to get caught up in their bad luck, too!

Deductible Dudley Mishap is your average teenager. He’s a member of his high school drum line which keeps him pretty busy after school. On the weekends, he enjoys hanging out with his friends playing video games or skateboarding. His best friend, Charlie Martin, enjoys most of the same things and the two are inseparable.

One recent weekend, Charlie invited Dudley over to his house. Dudley had recently received a PlayStation 4 for his birthday and he agreed to bring it to Charlie’s so the two could have an all-night game-playing session. Dudley packed up the console, a handful of new games, his iPad, and his iPhone, and hopped on his brand new Mongoose bike, another birthday present, to ride over to Charlie’s house.

Charlie’s parents took the boys out for pizza that evening. When they returned home a few hours later, they found the house had been burglarized. A window in the back of the house had been smashed and glass littered the floor. The slider from the deck had been damaged, as it appeared the intruder had first tried to break in that way. Dudley’s bike, which had been left unsecured in the yard, was nowhere to be found.

The police arrived on the scene and searched the house. The intruders had long since left, but not without taking many items with them! A report was made with the police department.

Mrs. Martin’s entire jewelry collection, including her engagement ring and a sapphire brooch from her Aunt Irene, was gone. Mr. Martin’s brand new laptop was also stolen, in addition to approximately $1,000 in cash that was in his father’s desk drawer. Charlie’s bedroom, like several other rooms, had been ransacked. His flat screen TV had been removed from the wall mount, but seemed to prove too difficult to steal. Instead, it lay destroyed on the floor. Dudley’s backpack, which had all of the items he brought over to Charlie’s, was also missing.

The Martins immediately filed a claim with their homeowners insurance for the damaged property and the stolen items. At Cathy and Larry Mishap’s insistence, they included Dudley’s belongings in their claim believing that if the items were at a friend’s house, they would be covered under the friend’s policy. Unfortunately, that was not the case and Dudley’s items were denied.

The Martins received a check from their homeowners insurance company to cover the cost to repair the window, the sliding door, and Charlie’s wall where the TV was pulled down, as well as to cover the value of the stolen jewelry, cash, laptop, and the broken TV.

The Martins were able to receive the full replacement value of their jewelry because they had scheduled these particular items on their policy. This was a smart move because most homeowners policies have specific sublimits for certain high-value contents like jewelry, fine arts, furs and collectibles.

The Mishaps filed a claim with their own homeowners insurance. They were covered for the value of the bike, iPad, PS4 and the six games, which totaled $2,000. They received a check in the amount of $1,500, as they were responsible for the deductible on their policy. Much to their dismay, there was no way for them to escape the deductible. Recovering it from the insurance policy of Charlie’s parents, known as subrogation, wasn’t an option as the loss was not due to the negligence of Charlie’s parents. Rather, it was the third party (the robber) who is liable here.

There are plenty of ways to avoid a burglary, but even the most careful person can suffer a loss at the hands of a thief. That’s why it’s imperative you take the proper precautions when it comes to insuring your most expensive or beloved possessions. Normally there is a set financial recovery limit for jewelry, furs, fine arts and other collectibles unless scheduled on the policy with appraised values, referred to as a Personal Articles Floater. Having articles of value scheduled will ensure that if the item or items are lost due to a covered peril, you will be reimbursed at the limit listed in the schedule rather than the sublimit set forth in the policy.

However, this is not a one-time consideration. It’s equally important to periodically update your policy with new acquisitions and current appraisals. Out of date coverage for items for which the value appreciates over time will do you no good if they are stolen or destroyed.

Finally, it’s important to remember that your belongings are still yours, even if you bring them out of your home. In most circumstances, it is the contents portion of your homeowners policy that will provide coverage in the case of loss. It is very rare that your possessions will be covered under someone else’s policy and even more rare that you’ll recover your deductible in the event that you do need to file a claim.